I’m astounded at how many Americans say, “Shut up Hilary, you haven’t got a dog in this race.” I'm also astonished at the number of American people who think that because I have plenty to say about the American elections on Facebook, that I'm pro-Trump.

You know the system. You vote (or not) by the rules you have. Same as us. And when a decision is made, the losers have to suck it up and not behave like whining babies or make the situation worse. As to the Soros funded rioters,…. so much for all the predictions that Trump's supporters would be the bad losers! And what about the " When they go low, we will take the high way!" Michelle Obama directive?

Have you no idea what you just escaped from?

Wake Up America. You didn’t just dodge a bullet, you dodged a Clinton neutron bomb. Do you not remember 1992? Of course not. Some of you weren’t even born then and obviously didn’t think to check the history.

Oh yes, the critics and naysayers (who just sit around spouting hot air) are now saying, “I didn’t vote. Elections are a mirage, and if they mattered they wouldn’t be legal” or “But Trump will bring the environmental desecration that exists in China and India here, with his anti-climate change policies!!”

Well first up, if you didn’t vote you have no right to complain, because you benefit every day from the system, or people who work with the system that you criticise.  You have to live under that administration. Doing nothing will get you nowhere. Whining will get you worse than nowhere.

If you are really concerned about the environmental future, look at what YOU OWN. How many of the things that you have bought are made in China? Why haven’t you been buying “Made in the USA”?

Oh right. Because… most of your industries were relocated to China, because you – the people - wanted everything cheaper. And…. because your manufacturers just wanted to push environmental degradation on to China and keep fresher air for themselves. And if you bought into that? That’s hypocrisy.

Do you think Trump wants to repeat the mistakes of a regime in China which has a moral deficit the size of a sucking black hole? Do you think that Trump wants to love a country that he is about to environmentally shit in, industry wise and ecologically?

Do you think Trump is totally dumb?

Or are you just trailing along behind the …. 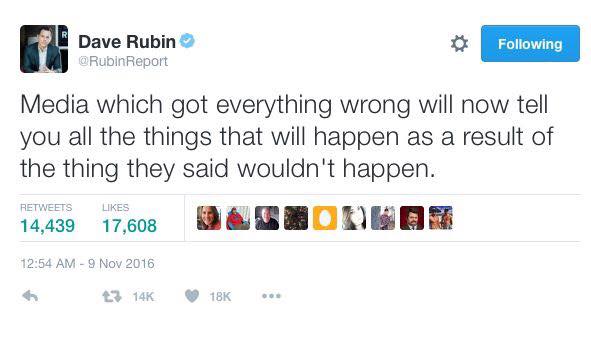 To those who would rather I shut up because I'm not American, or because it's none of my business because it doesn't affect me, -- it does, so here is my reply to the ongoing criticism from afar:

I have more than one dog in this race. All my dogs are in this race. I went to the USA twice during the Clinton years and watched with disgust as Hillary Clinton excoriated your ‘health care’ system and was the driver behind mandatory vaccines, and supported "Every child by two" and supported removing vaccine exemptions. Had she got in this time, it would have been curtains for any parental (and eventually adult) vaccine choice.

More than that, I've spent my life dealing with the fall-out of vaccines and seen how they destroy life at ground zero. So I know that in order for people to really have freedom, they need both control and choice at a ground zero level. Freedom to choose is something that Hillary Clinton only wanted in areas where it didn't really matter for her politics. Where it really mattered, her rule has always been, “My way or the by-way.” She has never believed in family control, and firmly believes that no children should go to any other school than a state mandated one. She thinks all children should be in daycare and that the state appointed “experts” should make all decisions on behalf of all children.

How does this election affect me?

The influence of the USA goes far beyond its hundreds of military bases, its interference in other countries or use of drones, or when the USA’s politicians try to force other countries to comply with "policies". The term "global powerhouse" is not without foundation.

I've spent my married life working for families in USA, here in NZ, and elsewhere. Those families have been torn apart as a direct result of USA's 1986 vaccine legislation, which has impacted every country in the world. That legislation is solely responsible for the huge increase in vaccines world wide, because what the CDC does, the rest of the world follows.

In New Zealand, girls are being injured and crippled by Gardasil at a huge rate, all because of a 1986 piece of American legislation that President Reagan was against, didn't want to sign into law, which a certain parent group campaigned for, and basically mounted public pressure to force President Reagan to agree to. He didn't want to, but was forced to. If that legislation had never been enacted, we wouldn't have Gardasil today, or any other of the long list that has been added from that time and are waiting in the wings to be added in the future. If that legislation hadn’t been passed we wouldn’t be facing the ever-creeping invasion of adult vaccines, which the industry will also try to have mandated through government policies.

Vaccines cut to the heart of individual freedoms and choices, for every individual. When I was in the USA during the Clinton era, I watched Hillary Clinton like a hawk, because compulsory vaccination, no exemptions, and "Every child by two" were her babies.

Make no mistake. Hillary’s 2016 agenda for children was far reaching. It looked benevolent and was understated. Believe that at your peril.

The direct actions of the Clinton family and American people who couldn't see beyond their pockets, continues to affect New Zealand and the rest of the world.

The American vaccine manufacturers lobbied Governments worldwide, and licensing medical authorities were delighted that suing vaccine manufacturers had become impossible. Of course all the shareholders and “stake-holders” got on the bandwagon and new vaccines were developed to become the new El Dorado with 1998 headlines like, “Drug companies revel in heady time of unrivalled prosperity” (NZ Herald Wednesday July 22) and “The Vaccine Business Gets a Shot in the Arm” (Wall Street Journal, February 25, 1998.)

The Wall street journal article was straight to the point in saying, “The climate slowly began to change again in 1986, after passage of a federal law that shields vaccine producers from all liability not relating to manufacturing error. … this law “turned the industry around” and encouraged biotech companies to jump into the vaccine field, says Mr Williams of Pasteur Merieux Connaught”

My life which has been spent trying to help people directly affected by the original decisions of American leaders in 1986, who thought controlling everyone was the right thing to do, and if Hillary Clinton was your new President, the recipe would be more mandates, no exemptions, and parents be damned.

So yeah, I think I have more than one dog in the vaccine discussion as to why a Hillary Clinton presidency would have been a disaster for me as a New Zealander, and for the rest of the world too.

What will the Trump presidency bring? History will be the judge. But whatever your view on the issue, Hillary Clinton got one thing right in her concession speech, even though she means it differently to how I took it. We should never stop fighting for the things that are worth achieving, and at the core of that, is the freedom to make informed choices about anything to do with our bodies, our faith, our education options and our family lives.

Lose that, and nothing else matters.  Continue Reading